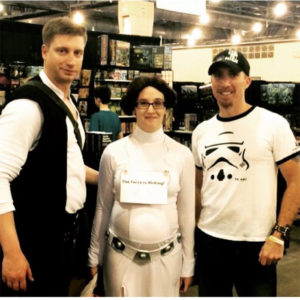 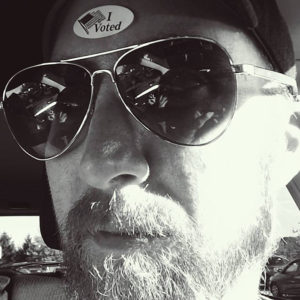 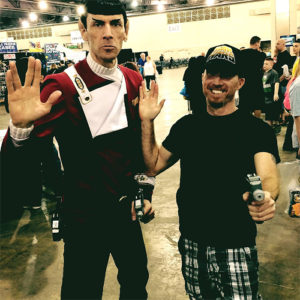 J. R. Wagner (that's me) was born in West Chester, Pennsylvania, during a blizzard. The snow made travel by car impossible, so my father called an ambulance when my mother went into labor. The ambulance became stuck at the bottom of our driveway, prompting the dispatch of a fire truck, which towed the ambulance to the hospital where I was born.

Maybe it was this experience that destined J.R. (me, again) to love adventure. A competitive cyclist, triathlete, mountain biker, and adventure racer, I once received a medal for saving a woman’s life during the kayaking section of an adventure race. (I was just one of many who played a part. Generally, I hate tooting my own horn but my publicist said it was good content.)

I drafted my first story, a sequel to Return of the Jedi, when I was ten years old. As a self-proclaimed Star Wars geek, I had lofty aspirations of working with George Lucas on filming the project. In 1990, I began filming his version of The Lord of the Rings in his parents’ basement, but the plug was pulled after he nearly burned down the house.

After graduating with a kinesiology degree from Arizona State University, I returned to Pennsylvania, where I took up writing once again.

I began writing Exiled while vacationing in Maine. (clearly, Maine has some major writing mojo) After the release of Exiled, Tristis Manor, a novella from The Never Chronicles based on one of the characters (Margaret) from Exiled was published. Evasion, book 2 in the series was released in 2015.

The next in the series (or maybe another novella) is currently underway (along with a completely unrelated project).

I have a very supportive wife and two amazing daughters who get most of my attention when I'm not writing or working (gotta pay the bills). I also enjoy cycling and triathlons.